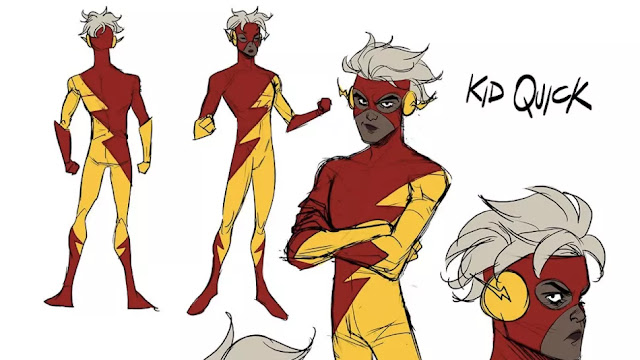 DC's Future State event will supersede the publisher's regular line for the first two months of 2021, introducing future versions of DC's most popular heroes – including a new Flash from somewhere in the multiverse.

As it turns out, DC just revealed the nature of the new Flash a little early – and they'll make their debut in December before Future State starts. The new Future State Flash will in fact be an adult version of Kid Quick, the Kid Flash analog of Earth-11, who will appear alongside the rest of that world's Teen Titans-style team Teen Justice in the upcoming DC's Very Merry Multiverse anthology one-shot in a story from writer Ethan Cohen and artist Eleonora Carlini.