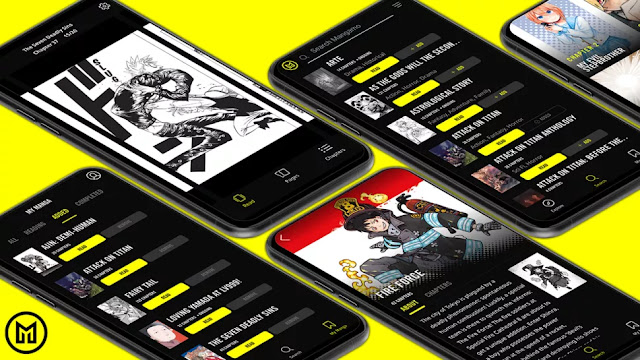 The digital manga subscription service Mangamo has launched its Android app, with a 30-day free trial available for new users. This growth comes after the completion of a new investment round which includes capital from Sony's investment arm, the Sony Innovation Fund.

"Mangamo is ushering in a new frontier in digital manga that makes it as widely available and easily binge-able as anime for fans everywhere, "says the Sony Innovation Fun's chief investment manager Gen Tsuchikwa in the announcement. "This investment signifies our confidence and excitement in Mangamo's role in the growing global manga market and the possibilities for this new, influential consumer touchpoint of entertainment IP."

Mangamo is a $4.99 monthly subscription service, offering ad-free, unlimited access to over 300 manga titles - more manga than any other comics reading subscription service. Titles include Fire Force, Attack On Titan, The Seven Deadly Sins, Fairy Tail, Ghost in the Shell: Stand Alone Complex, In/Spectre, Knights of Sidonia, and Ajin: Demi-Human. It's most recent major additions are The Most Tsundere Boss in History and The Warrior Demigods, Champions of Sparta.