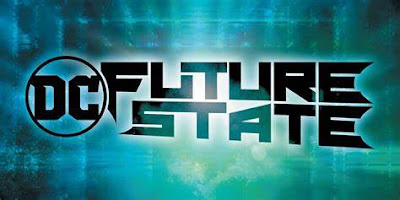 Future State Justice League #1 (of 2) $5.99 DC Comics
Witness the start of a new era for the Justice League starring Jonathan Kent as Superman, Yara Flor as Wonder Woman, Jo Mullein as Green Lantern, Andy Curry as Aquawoman, a new Flash from the Multiverse, and [REDACTED] as Batman! Together, they protect the future, yet apart, their identities are secret even from one another but why? When their greatest adversaries wind up murdered in an abandoned Hall of Justice, all clues point to...the Justice League! The new team's adventures begin here!

Future State Superman Wonder Woman #1 (of 2) $3.99 DC Comics
The sun has set on the heroes of the past, and a new age is dawning! As two arrogant gods challenge one another to a contest of strength, Superman and Wonder Woman are forced to take action to save their cities from the chaos. Together, Jonathan Kent and Yara Flor, man of science and woman of myth, have the potential to become something powerful, but that's only if they can learn to get along! Can the two fledgling heroes put their differences aside long enough to save the world they have sworn to protect?

Future State Teen Titans #1 (of 2) $3.99 DC Comics
When the original New Teen Titans formed a school to mentor and train young heroes, they wanted to help save the world. Years later, Titans Tower is a monument to a graveyard of pupils lost in a terrible battle. Returning to the site of their greatest failure, Nightwing, Starfire, Beast Boy, and Cyborg join Raven to plot a course to face off against the evil that destroyed their team and school. Loyalties are questioned and motives are suspect as the former teen heroes must turn to the mysterious Red Xa former student for help. Don' miss the first comics appearance of this Red X, previously seen only in the hit animated TV series Teen Titans Go!

Future State Dark Detective #1 (of 4) $5.99 DC Comics
The world thought Bruce Wayne was dead. They were dead wrong! When the sinister para-military organization known as the Magistrate seizes control of Gotham City, the original Batman went big to put them down...but even the Dark Knight couldn't predict how far this evil force would go to stop him. Now, Bruce Wayne is on the run! From Eisner Award-winning writer Mariko Tamaki and rising star artist Dan Mora, it's the story of a Batman pushed to the brink with nothing left to lose. Also in this issue, Grifter is back! Cole Cash is having a bad day, and that's not going to improve when the detectives of the GCPD show up! Will a chance meeting with Luke Fox change his luck? Or is his day about to get a lot worse?
Posted By nwcomicgames at 4:55 PM