Monday's Headlines | Marvel Heroes will be "Reborn" in 2021 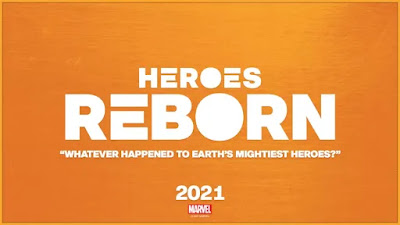 In 1996, a large portion of  the Marvel Universe was rebooted in a Jim Lee, Rob Liefeld, and Jeph Loeb-led revamp called 'Heroes Reborn.' Now 25 years later, a new 'Heroes Reborn' is coming - starting with a rhetorical question in a marketing teaser: "Whatever happened to Earth's Mightiest Heroes?"

Marvel's 'Earth's Mightiest Heroes' are, of course, its nickname for the Avengers. Back in December, Marvel executive editor/senior VP of publishing Tom Brevoort teased a Marvel "rebirth" following the current Avengers arc 'Enter the Phoenix.'

DC has somewhat cornered the market on the term 'Rebirth' with a series of revamped origin story arcs for the Flash and Green Lantern, followed by a line-wide revamp in 2016. 'Reborn' is seemingly the next best thing terminology-wise, but along with it comes the weight of history.

The rhetorical question to Marvel's 2021 'Heroes Reborn' - "Whatever happened to Earth's Mightiest Heroes?" - alludes to a much older story which was not a rebirth/reborn type of situation, but a finale: Alan Moore and Curt Swan's 'Whatever Happened to the Man of Tomorrow?' in 1986.