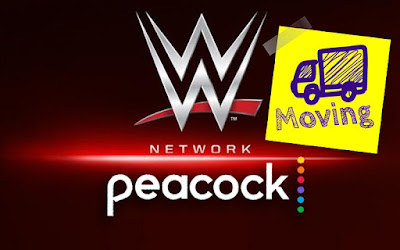 WWE's massive library of content on WWE Network is about to have a new streaming home thanks to NBCUniversal, as WWE and NBCUniversal have just agreed to a multiyear deal that will give Peacock exclusive streaming rights to WWE Network content in the U.S (via Variety).

WWE Network's current subscriber base of 1.1 million will be migrated over to Peacock Premium, which costs $4.99 instead of $9.99 but does feature ads (ad-free access is part of Peacock Premium Plus), and the WWE Network will launch on Peacock on March 18th.

The rollout will include over 17,000 hours of WWE content, and Peacock will be the new exclusive home for all WWE pay-per-views, including WrestleMania and SummerSlam. The first event to hit the service will be Fastlane, which hits on Sunday, March 21st.

That said, you can still pay for events the old fashioned way via traditional pay-per-view. WWE will also produce "one signature documentary annually" for WWE Network on Peacock starting in 2022. Subscribers will be switched over in the next few weeks, though we don't know exactly how yet.

“We feel great about the financials. Otherwise we wouldn’t have done the deal,” said Nick Khan, WWE’s president and chief revenue officer. “To have WrestleMania in particular — which is our Super Bowl — available [for no extra cost] on Peacock is quite different from other models you’re seeing.”

Posted By nwcomicgames at 5:46 AM