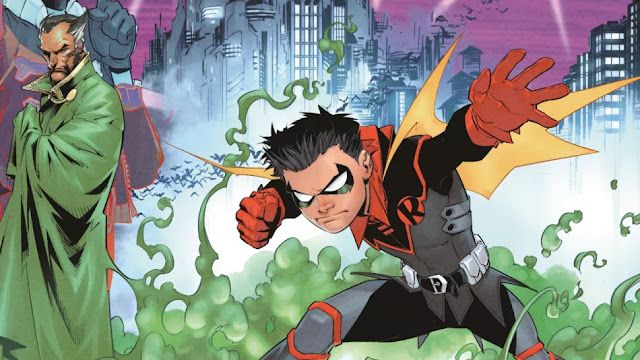 Tim, the former star of an ongoing series that ran 183 issues over 15 years, was the Robin who got his own Future State two-issue series. Future Stare is serving as inspiration for many of DC's subsequent Infinite Frontier launches and series refreshes.

Damian doesn't appear to be a presence in Future State.

"Now that Damian Wayne has severed his ties to both Batman and the Teen Titans, he'll be emerging from under their shadows to forge his own path," reads DC's description, referring to pre-Future State storylines in the Batman titles during 'The Joker War' and its fallout in the Teen Titans.