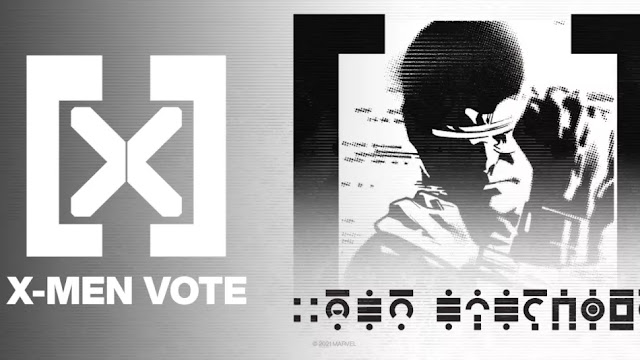 Jean Grey and Cyclops are forming the first official X-Men team of the Krakoan era and they want your help.

No, that isn't some clever introductory conceit. Marvel really wants your input. As previously announced, the comic book publisher will be soliciting fan votes to determine the last member of this upcoming new team.

The fan voting begins on Wednesday,  January 27 to and runs through Tuesday, February 2 at marvel.com/xmenvote. Readers get to choose between 10 nominees to make the new team.

"As revealed in X-Men#16, Cyclops and Jean Grey shared the need for a new X-Men team to protect the mutant nation of Krakoa and fight on mutantkind’s behalf," states Marvel's announcement of the vote. "A number of nominations have been accepted since then…but the last member of the X-Men is now in your hands!"

Posted By nwcomicgames at 5:47 AM