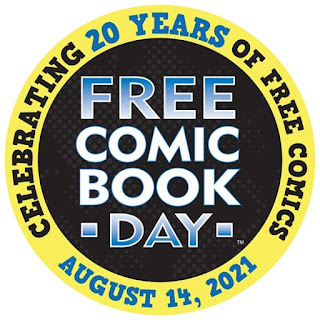 Media Release — During a virtual presentation to comic book store owners at the annual ComicsPRO retailer event, DC Vice President of Sales and Revenue Nancy Spears teased several upcoming comic book projects as part of a discussion of an expanded variant cover program. The changes to the program were made enable more retailers to participate in custom retailer variant covers for their customers. Spears identified a host of publishing projects in the works, including:

The Legend of Batman

Nubia and the Amazons

More information will be forthcoming on these projects throughout the year. In addition, Spears also confirmed that DC will be participating in Free Comic Book Day on August 14, 2021, but details on specific titles will be revealed at a later date.

Be sure to check out the DC website at www.dccomics.com and follow on social media @DCComics and @thedcnation for more information on these titles in the coming months.

Posted By nwcomicgames at 8:09 AM