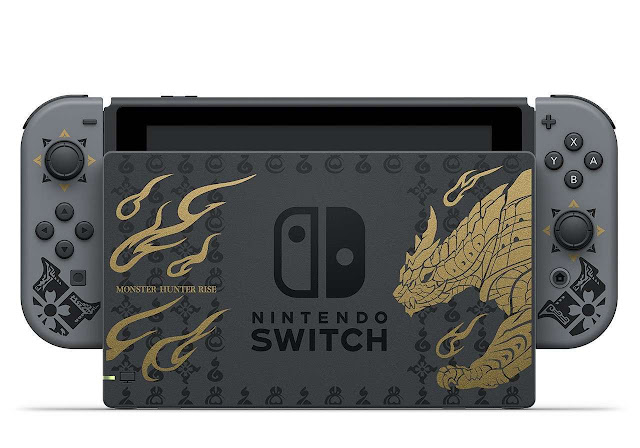 Following the US release of the Nintendo Switch Pro Controller Monster Hunter Rise edition, the special edition Nintendo Switch console bundle based on the game went up for pre-order last week and quickly sold out. However, they were back up here at Best Buy for $369.99 at the time of writing.

The Monster Hunter Rise Nintendo Switch console features a striking design based on art the flagship monster, Magnamalo. It's bundled with a digital code for the Deluxe Edition of Monster Hunter Rise, which explains the additional $69.99 price tag over a standard Switch. That said, if you just want the game, you can pre-order it here at Best Buy with an exclusive SteelBook bonus.