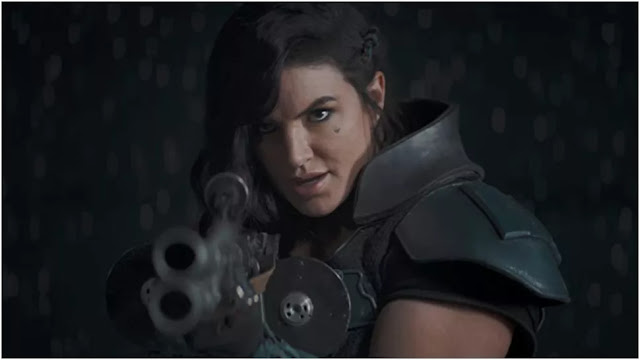 Yesterday, Gina Carano was reportedly set to star in her own The Mandalorian spin-off series, which would have been announced at Disney's December Investor Day event – but the project was scrapped, according to The Hollywood Reporter.

THR also say that it was tweets from Carano in November that caused Disney to cancel their plans. After more offensive social media posts from Carano, Lucasfilm recently announced that she would not be appearing in future installments of Star Wars, issuing a statement that read: "Gina Carano is not currently employed by Lucasfilm and there are no plans for her to be in the future. Nevertheless, her social media posts denigrating people based on their cultural and religious identities are abhorrent and unacceptable."

There was speculation that Carano's character Cara Dune would be appearing in upcoming spin-off Rangers of the New Republic, but that's clearly not going to happen now. There's no word of what Carano's reported spin-off would have been about.

Multiple Star Wars Disney Plus TV shows are in the works, including The Book of Boba Fett, which is set for release this December, 2021, and a live-action Ahsoka series starring Rosario Dawson. The Mandalorian season 3 is also on its way, and on the big screen, there's a Patty Jenkins–helmed film called Star Wars: Rogue Squadron set for a December 2023 release.

Whether Cara Dune will be recast or written out of The Mandalorian remains to be seen, and with the third series expected to premiere in 2022, we have a while to wait to find out the character's fate.