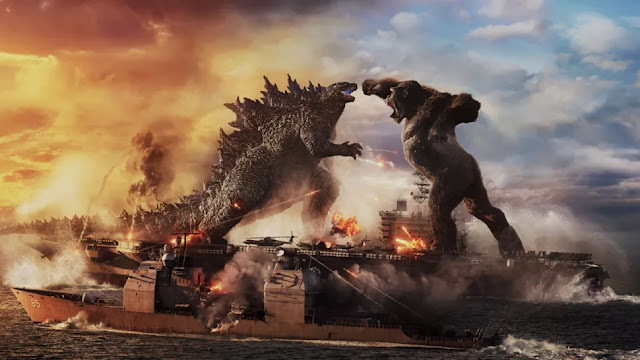 According to the publisher, the publishing program will "allow fans to dive deeper into stories relating to the upcoming cinematic showdown between two of the most beloved pop culture Titans of all time—the great Godzilla and the mighty Kong!"

On the comic book side, the Godzilla vs. Kong publishing program will feature two prequel graphic novels and an anthology featuring "past fan-favorite comic series."

March 30's Godzilla Dominion is a prequel graphic novel written by Greg Keyes (three Star Wars novels in the New Jedi Order series) with art by Drew Edward Johnson (DC's Wonder Woman) and will feature a "unique story that picks up after the events of the film Godzilla: King of the Monsters where the Titans have risen and the reign of Godzilla has begun."

Told "entirely from Godzilla's point of view" ... yes, you read that correctly ... the graphic novel "brings new insights into the King of Monsters: his habitats, ancient rivalries, encounters with new Titans, and other challenges. As his new era of dominance is tested, a coming confrontation with another King looms."

Posted By nwcomicgames at 5:56 AM