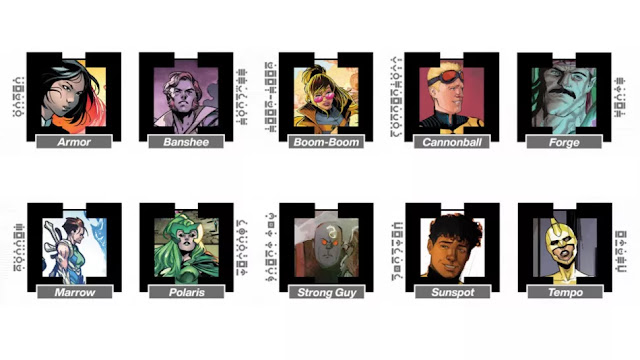 Marvel's merry mutant community is creating a brand new X-Men superhero team, and Marvel Comics is letting X-Men fans and readers vote in a member.
Marvel is democratizing the addition of the last member of this brand new and first official 'X-Men' team in the Jonathan Hickman-Krakoan era. Marvel is holding an online vote that began Wednesday, January 27, and will continue until Tuesday, February 2.
For fans interested in learning about each candidate before casting a vote, here's a look at all ten, with a little about their history, their powers, and why they would make a good member of the new team.
Posted By nwcomicgames at 6:15 AM