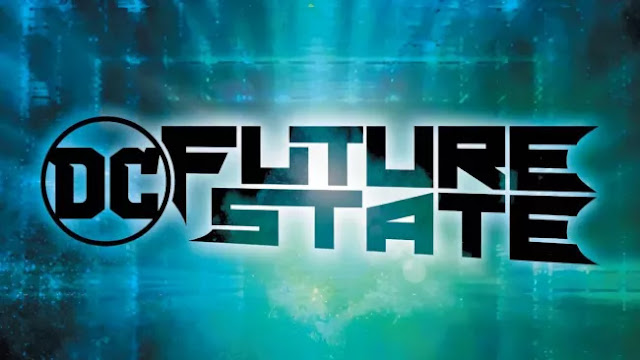 Future State Teen Titans #2 (of 2) $3.99 DC Comics
Red X returns to the Teen Titans! The mysterious former Teen Titans Academy student joins the surviving Titans in a final fight to stop the threat unleashed by one of the school's students. Nightwing, Raven, Crush, Shazam, Starfire, Cybeast, and Red Arrow face their demons as one of these heroes must make the ultimate sacrifice to save their world!

Future State Superman Wonder Woman #2 (of 2) $3.99 DC Comics
Our heroes have challenged the gods themselves to a test of bravery for the fate of the Earth. But gods are notorious cheaters, and with Superman's powers in flux, it falls to Wonder Woman to face down the sun itself! A utopian future awaits but only if a Kryptonian peacemaker and an Amazon warrior can put aside their differences to become the World's Finest Heroes!

Future State Green Lantern #2 (of 2) $3.99 DC Comics
Outnumbered but never outwitted or outfought, John Stewart leads the last of the Green Lanterns against insurmountable odds. Facing a bloodthirsty Khund cult dedicated to the God in Red, the onetime Green Lantern shows that even without a ring or the Corps to back him up, he's still a force to be reckoned with! Plus, from the pages of Young Justice, Teen Lantern teams up with Mogo, and Hal Jordan reconnects with Oliver Queen after the power battery goes down!

Future State Justice League #2 (of 2) $3.99 DC Comics
Exiled to a distant planet, the Justice League suspects an impostor in their midst, but not even the next Batman or Green Lantern can find the clues they're looking for. Meanwhile on Earth, the terrifying return of a classic Justice League villain may spell doom for the planet! DoppelgÃ¤ngers abound, paranoia runs rampant, and only the Justice League can save humanity if they can ever find their way home. Plus, all the world's terrible truths are revealed as the Justice League Dark make their last stand.
Posted By nwcomicgames at 6:09 AM