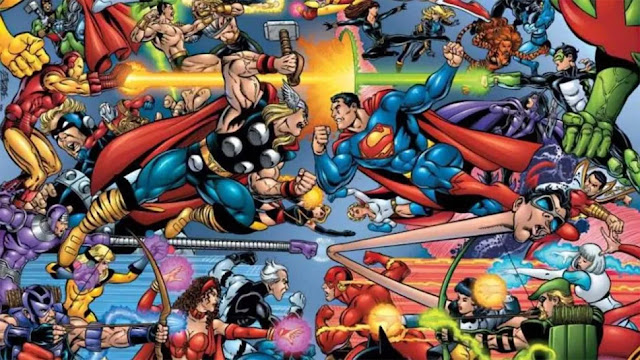 Marvel's latest summer event invokes the title of one of the publisher's previous ones: the original universe-altering Heroes Reborn line.

But judging by how Marvel has built its new Heroes Reborn universe around their most famous DC analog characters the Squadron Supreme, and are even expanding the DC-esque nature of their backstories, it's starting to look like they're hoping to capture the energy of 1996's other major comic book event, Marvel Vs. DC.

The picture Marvel has painted of the Squadron Supreme's place in the new world of Heroes Reborn 2021 - and the publisher's expansion of the Squadron's DC-pastiche origins - may point to Marvel preparing to pit the Avengers versus the 'Justice League' all over again.

What's more, Marvel just announced that Heroes Reborn 2021 will run for seven issues, with a final eighth comic (a still untitled mystery one-shot), to cap off the story – a perfect platform for such a clash. Though Marvel and DC can't directly acknowledge the 25th anniversary of their big throw down (and its aftermath, the Amalgam Universe), at least Marvel seems to be embracing the spirit of the event in a way that may slyly nod at the legacy of Marvel vs. DC while staying firmly in the Marvel Universe.