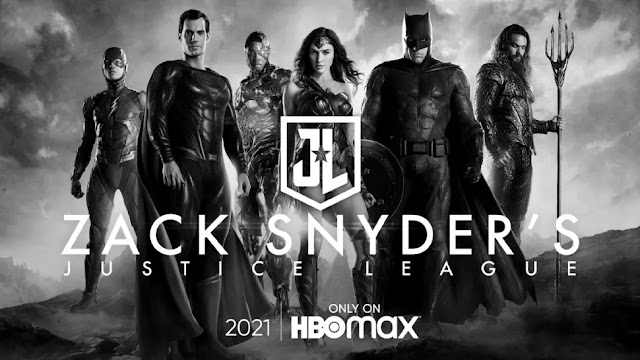 Snyder Cut director Zack Snyder has multiple titles in mind for the two Justice League sequels he planned as the finale of his five-movie SnyderVerse saga. Ahead of the release of Zack Snyder's Justice League, the four-hour director's cut restoring the visionary filmmaker's previously unfinished version of the superhero ensemble, Snyder revealed his plans for Justice League 2 and Justice League 3 — plotted as a two-movie epic uniting "the League, the world, and the entire DC Universe" against the forces of Darkseid (Ray Porter) in a "Lord of the Rings-like finale."

"I'll go look in my books, I probably wrote down — I do this for all the movies — probably like a page of titles that I tried," Snyder told MTV News. "But yeah, it probably wasn't going to be Justice League 2 and 3, that I can tell you."

If the same fans who demanded WarnerMedia #ReleaseTheSnyderCut are successful in their calls to #RestoreTheSnyderVerse with sequels to Zack Snyder's Justice League, will the filmmaker return to the so-called SnyderVerse?

"Look, I don't know what they would be able to — well, frankly, there's no telling what they can do, because they can do anything, apparently," Snyder said. "Let's just put it this way: it would be, in my mind, more unlikely for this movie [the Snyder Cut] to exist than another movie to exist. That is to say, it seems more, just from a strategic standpoint, weirder to go back and finish a movie that was already released than to make a new one. But I'm glad they did, and that's amazing. I don't know."

Because Warner Bros. acknowledges the 2017 theatrical cut of Justice League to be canon with its ongoing DC Extended Universe — and because the studio has expressed no interest in a Snyder-directed Justice League 2 before his director's cut released on March 18, according to the filmmaker — Snyder has cast doubts on future live-action installments from his corner of the DCEU.

"Warner Bros., they've said, and Walter [Hamada, president of DC Films] said, that this is kind of a closed-loop and it is what it is, and I respect that," Snyder said. "They consider the theatrical version of Justice League canon, but that's their prerogative because they're the keys to the castle, so it is what it is. But [I'm] happy that I was allowed to do [the Snyder Cut] and couldn't be happier, because I love the fans and love that they get a little bit more of this trilogy."