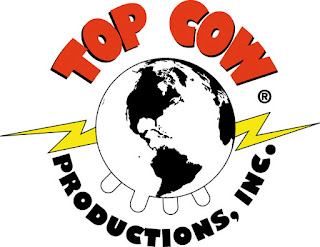 Company: Top Cow Productions is an American comics publisher, a partner studio of Image Comics founded by Marc Silvestri in 1992.

During the early years of Image Comics, which was founded in 1992, co-founder Marc Silvestri shared a studio with Jim Lee, where he created his first creator-owned comic book, Cyberforce, as part of Image's initial line-up. After setting up his own studio, Top Cow Productions, he expanded into other comics, launching Codename: Strykeforce, a new Cyberforce series and various spin-offs.

In 1996, Top Cow briefly departed from Image during a power struggle with Image associate Rob Liefeld until Liefeld left the company shortly after. At the same time, Top Cow was moving more into the fantasy genre. New properties were Witchblade (where Turner had his first big success) and The Darkness (where Marc Silvestri returned to artist duties). Thanks to the success of Witchblade Top Cow was able to expand, adding to its line with titles that included The Darkness, Magdalena, Aphrodite IX, and others. Silvestri was heavily involved in training and developing new talent through the studio and Top Cow was known for a time for its "house style".

In addition to its company owned properties, Top Cow has worked with creators to develop creator-owned properties. These properties have included Michael Turner's Fathom which eventually ended up at Aspen Comics, and Joe's Comics, created exclusively for J. Michael Straczynski, which included Rising Stars and Midnight Nation. Top Cow is also known for bringing Tomb Raider's Lara Croft to comics.

In 2006, Top Cow made a business agreement with Marvel Comics to use several of their licensed properties in their own series,with characters including Wolverine and the Punisher, appearing in crossovers (Darkness/Wolverine and Witchblade/Punisher). Also, as part of this agreement, several Top Cow artists provided art chores on various Marvel series, such as Tyler Kirkham (Phoenix: Warsong and New Avengers/Transformers), Mike Choi (X-23: Target X), and Silvestri himself (X-Men: Messiah Complex). At the 2007 San Diego Comic Con an announcement was made by Marvel Comics extending the deal into 2008. They also used Kickstarter to fund some of the comics.

At the 2007 New York Comic Con it was announced that Top Cow would be one of the first major comics publishers to offer online distribution, through a partnership with IGN.

They looked back and continue to deliver new material to comic book readers all over the world.

Posted By nwcomicgames at 7:52 AM