This August's Avengers/Hulk one-shot from Marvel on Free Comic Book Day will be setting up "new things for 2022" at Marvel - including a seemingly new multiversal organization, and a being called Avenger Prime. 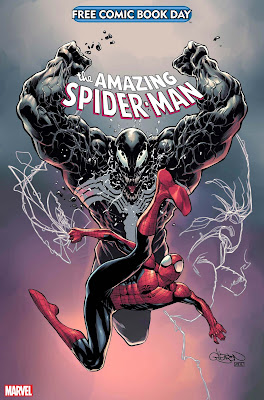 "In a land beyond time, a shining tower stands, deploying its operatives across the Multiverse to hold against the encroaching darkness!" reads Marvel's description of FCBD's Avengers/Hulk one-shot. "Who is the mysterious Avenger Prime, and how will his advent impact on the past, the present, and the very future of the mighty Avengers?"

Although they share a name, Marvel's description appears to imply this isn't the Avenger Prime who appeared in Al Ewing's Mighty Avengers run - since we know who they were.

Over on Jason Aaron's blog, the writer describes Avengers/Hulk as one of several imminent storylines that are building to something major for Marvel in 2022 - beginning with the just-announced 'World War She-Hulk.'

"['World War She-Hulk'] was the first Avengers arc I wrote in 2021, in this new year so full of promise. But it represents a shift to a darker tone for the series, as I begin to tie together some of the book's ongoing threads," Aaron writes.

"The entire arc is actually already written, and I've moved on to the gargantuan issue #50, which is bursting with all sorts of explosions and epic madness that will set up some new things for 2022. The Free Comic Book Day Avengers issue will be a big piece of that as well."

Posted By nwcomicgames at 5:03 PM