In a graphic that serves as a calendar for new series launches during ‘Reign of X,’ Marvel revealed the July debut of what appears to be a relaunched eponymous X-Men series by writer Gerry Duggan and artist Pepe Larraz starring the first formal X-Men team, spinning out of June's Hellfire Gala event. 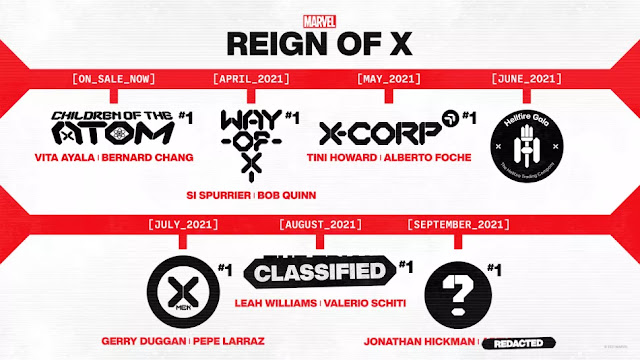 And finally, (for now) Hickman returns to the fold writing another mystery project, with an equally mysterious (Marvel redacted their identity) artist. But if you're going to be teasing the artist like that, Marvel should probably have a high-profile name at the ready.