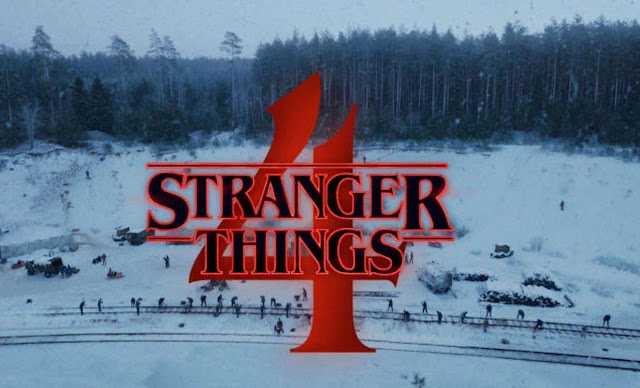 Production on Stranger Things season 4 has restarted after an extensive break due to the coronavirus, and anyone hoping to see the new episodes soon will have to wait a while. The Stranger Things Spoilers Twitter account found a Fanmio video call with star Finn Wolfhard where he was asked about the release of the new season, noting that it "should be out some time next year." Netflix has yet to comment on a release window for the show but star David Harbour previously teased that the show was originally going to premiere in the first part of 2021, meaning if the pandemic had never happened we'd have likely already seen the season.

"Every season it gets darker. Really, I will say with Season 3 I was like, this is the darkest season that there'll ever be, like the exploding rats and everything. But really, Season 4 so far, it's the darkest season there's ever been," Wolfhard previously said of season 4 to CBC Listen. "Every year, it gets amped up. Every year it gets funnier and darker and sadder, and everything. Every year, they amp it up."

Filming first started on the new season back in March of 2020 but was quickly derailed by the COVID-19 shutdowns across the world. We don't know how much was shot at that time but filming restarted in October of last year and continues to the present. It's also unclear if any of that material will need to be re-shot considering potential growth spurts and voice changes on the part of the still growing cast.

Photos from the season four set have steadily arrived online in the months since then with some popping up in January of this year and as recently as two weeks ago even. There is one good thing that has become of the delays in production for season four, all of the episodes were able to be written before they really got started.

"I'll just say the pandemic definitely massively delayed shooting and therefore the launch of our current Season 4, date still TBD," series executive producer Shawn Levy told Collider in November about a premiere date. "But it impacted very positively by allowing the Duffer brothers, for the first time ever, to write the entire season before we shoot it and to have time to rewrite in a way that they rarely had before so the quality of these screenplays are exceptional, maybe better than ever."

Posted By nwcomicgames at 8:20 PM