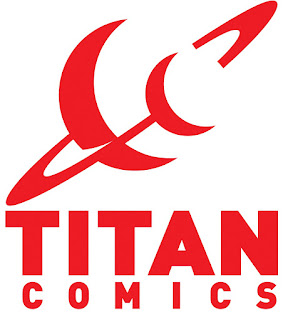 Media Release — Titan Comics and Guerrilla are excited to announce that the smash-hit comic series Horizon Zero Dawn will be returning for a second arc. Issue #1 of this highly anticipated new adventure is set to arrive in stores July 14, 2021 with a cover by superstar artist Peach Momoko. 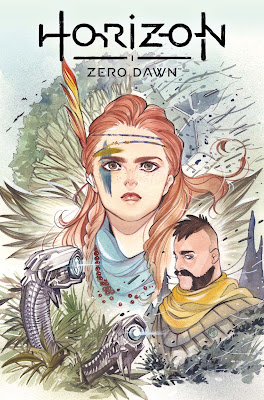 Taking place during the events of the original game, this new arc explores the never-before-told adventures of Aloy and her fan-favorite sidekick Erend as they hunt for a killer with links to his past. As their journey progresses, and the pair fend off a series of deadly machines, Erend reveals the sweeping tale of the liberation of Meridian, and how his sister, Ersa, Captain of the Carja Vanguard, was murdered.

Released in 2017, the original Horizon Zero Dawn game garnered praise from both fans and critics alike, receiving numerous awards including the 2018 Writers Guild of America Award for Achievement in Videogame Writing. A sequel game titled Horizon Forbidden West is set for release in 2021.

The critically acclaimed writing team behind the first arc led by Horizon Zero Dawn Narrative Director Ben McCaw and writer Anne Toole, will be returning for this new story. They will be joined by new series artist Elmer Damaso (Robotech).

Titan’s first arc was a massive hit with record sales for the publisher of over 60,000 copies sold on Issue #1 (making it 11th bestselling comic of August 2020!). The title was also a hugely successful addition to the annual Free Comic Book Day event program.

Responding to the success of the first arc Narrative Director Ben McCaw stated “All of us who worked on the story – myself, Anne Toole, Annie Kitain, and Ari Martinez – feel humbled by the praise the series has received. During the writing process, we could only hope that fans would connect with the characters the same way we do, and it’s gratifying to hear that we succeeded.”

Issue #1 of this new arc will debut with a range of amazing variant covers to collect, including artwork by Peach Momoko (Captain Marvel, Spider-Gwen), Harvey Tolibao (Uncanny X-Men, Green Arrow), a set of Aloy concept progression covers, plus much more!

Horizon Zero Dawn: Liberation #1 hits comic stores and digital devices on July 14, 2021 and will be available from the Diamond Previews May 2021 catalog. Fans can preorder their copy from www.titan-comics.com/.