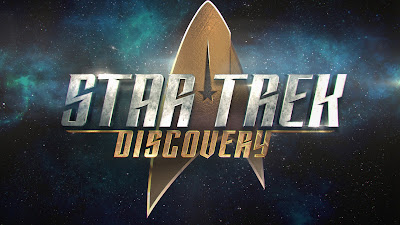 Star Trek: Discovery Season Three is on its way to Blu-ray. This past Monday, ViacomCBS Consumer Products announced that the latest season of the Paramount+ streaming series is on its way to home media and is available to pre-order now.

The company did not reveal a release date for the new collection, including all 13 episodes of the latest Discovery season. It did state that the set includes "must-see special features," though ViacomCBS did not share a list of those features. It did reveal the box art for the Blu-ray release, which you can see below.

This pre-order is launching a week after the first trailer for Star Trek: Discovery Season Four dropped during First Contact Day. Fans excited by the trailer may want to take this opportunity to revisit the previous season on Blu-ray.

The synopsis for the Star Trek: Discovery Season Three Blu-ray reads, "After following Commander Michael Burnham into a wormhole, the USS. Discovery lands in an unrecognizable world 1,000 years in the future. With Starfleet and the Federation on the brink of collapse due to a catastrophic event known as The Burn, the Discovery crew, with the help of new and mysterious allies Book (David Ajala) and Adira (Blu del Barrio), must uncover what caused The Burn and restore hope to the galaxy."

Posted By nwcomicgames at 7:14 PM