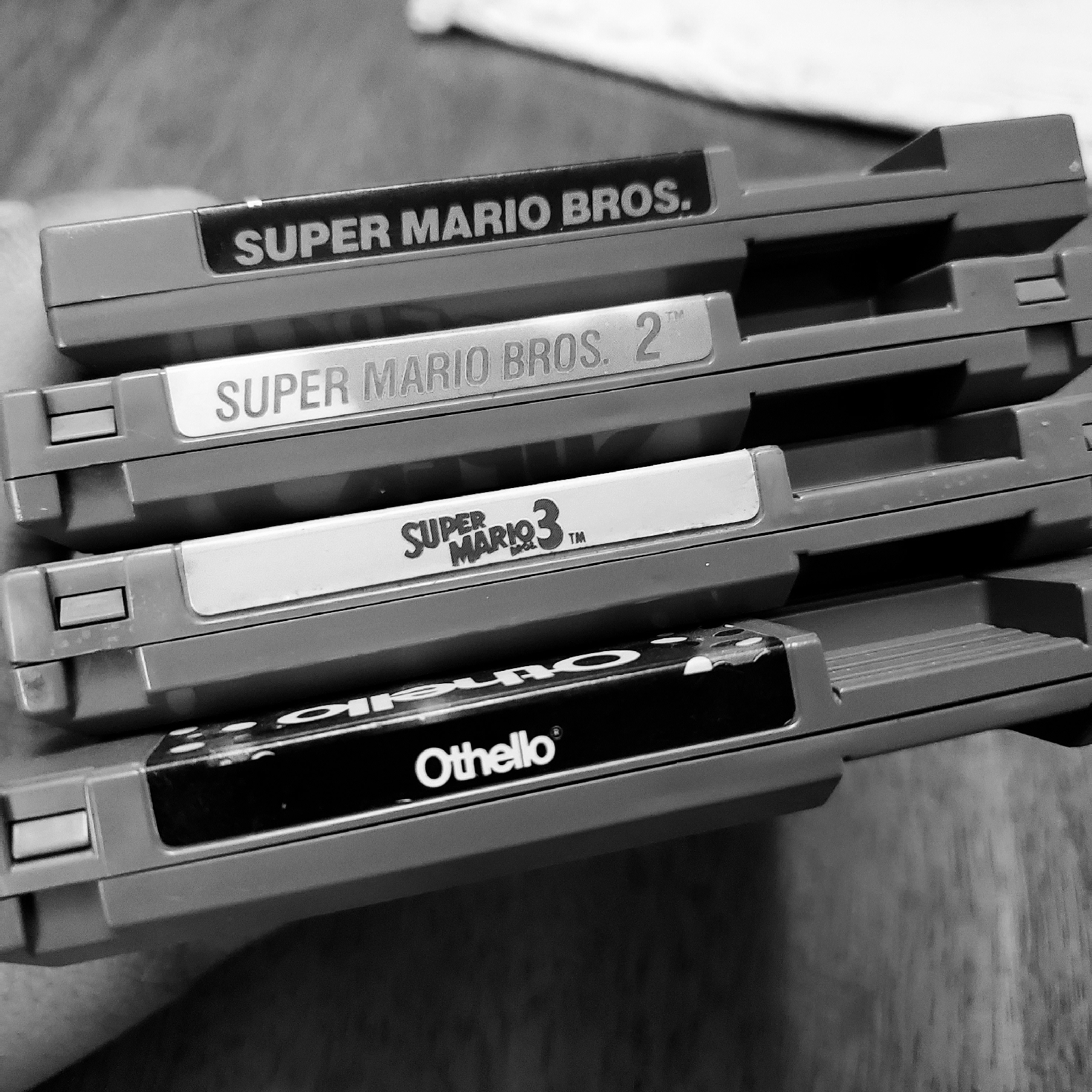 Good morning!
Growing up in Corvallis, Oregon in the 80's and 90's there wasn't much to do. It was a college town and if you weren't doing sports then you were playing video games. So we rundown to our local Hollywood Video store and rent out the NES for the weekend. Unfortunately, I wasn't so lucky in my renting quest. However, I had a great neighbor growing up who had all these games. I come over and we play Mario like no one's business.
Flash forward to yesterday.... I saw these games at Retro Game Trade in the Hillsboro & Beaverton, Oregon stores. Here's the kicker... my wife didn't know that there was a Mario 2 or Mario 3 made, she just played the original Mario game. She played Othello a lot growing up. So with that said, I purchased the games and it was family fun time.
I did learn something though, if you purchase the Mario/Duck hunt combo game. To shoot the ducks, you must have a classic TV screen aka tube screen. I heard the Nintendo gun won't work in flat screen TV's. So buyer beware, you need your grandparents old TV to play certain retro games. Unless your grandparents have already upgraded their TV, then your screwed!
We played our retro games last night and showing teenagers what Mario was like growing up. The comments, we're just fun since they play PS4 games all the time. Side note: I'm hoping for a PS5 down the road, once sales kinda slow down but a doubtful. Anyways, all the Mario games were played and the reviews are kinda mixed but they had fun. However, the best game if the night was everyone playing Othello. It was by far everyone's favorite game. My teenagers ending playing that more than the Mario games.
It was fun for all. If you ever choose to purchase any retro console system with retro games. It's a lot fun reliving these games growing up. I hope you have a blast.
Posted By nwcomicgames at 6:07 AM