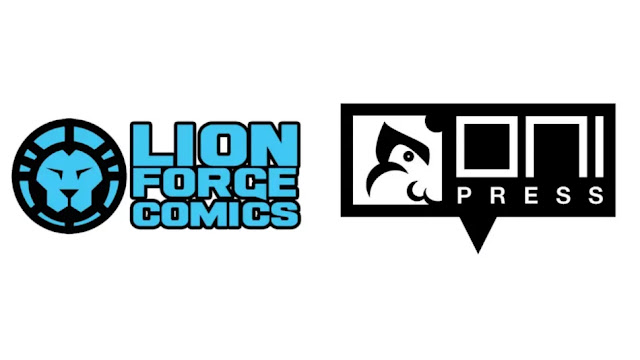 Segura will reportedly begin May 24 and will oversee Oni-Lion Forge's publicity, marketing, and sales efforts across various channels in addition to "bringing over fifteen years of editorial, executive, and new business development experience to the company," according to the official announcement.

"While it's been an amazing honor and privilege to call Riverdale my professional and creative home for over a decade, when Oni-Lion Forge approached me with this opportunity, I couldn't say no," Segura says in the announcement. "Getting the chance to help amplify the ever-expanding, talented, and diverse voices at Oni is a great fit, and I’m so excited to be part of the team behind some of my favorite comics ever. Looking forward to diving in and spreading the word on all things Oni."

Segura brings a deep and diverse resume in the comic book industry over nearly two decades to Oni-Forge, including three stints at Archie (beginning in 2004) and two at DC.

His most recent tenure at Archie Comics began in 2014 and he's served as its co-president since 2017.

A former staff writer for the Miami Herald and remembered well at Newsarama.com for his years as an accomplished freelance contributor, Segura also has written comic books for Archie like Archie Meets KISS and other publishers and is also a prolific crime and mystery novelist including the Peter Fernandez Miami Mystery series.

"Not unlike what Dwayne Johnson delivers to blockbuster movies, Alex brings experience, talent, and charisma unmatched in comics publishing," adds James Lucas Jones, Publisher of Oni-Lion Forge. "His track record of smart decision-making is a matter of public record and his many long relationships across virtually all vectors of our business gives him a uniquely advantageous position in our industry. He brings so much to the team that it’s impossible to list. We"d be here all day."

Posted By nwcomicgames at 4:29 PM