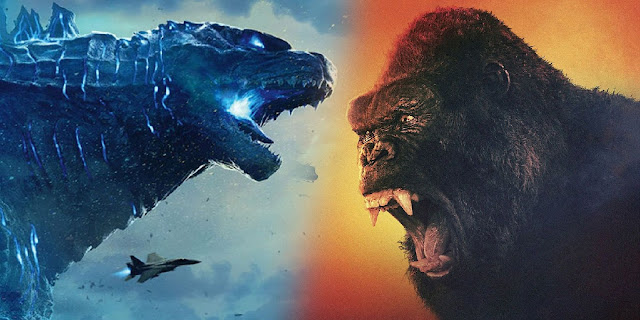 Godzilla vs Kong has earned over $400 million at the global box office in the midst of the pandemic - an amazing accomplishment to be sure. It was even available to stream on HBO Max for a month after its release.

If you missed the HBO Max window or you're not quite ready to head to the theater yet (or you simply love the film so much that you want to own it), your chance to watch the film on Blu-ray and 4K Blu-ray is fast approaching with a release date set for June 15th.

At the time of writing, pre-orders for the standard and 4K Blu-ray versions of the film are live here on Amazon now. They're priced at $39.98 and $49.98 respectively, but expect to see a hefty discount on both in the coming days. You won't be charged until it ships, and when those discounts happen, pre-order customers will automatically get it.

Superfans will undoubtedly want to grab the Best Buy exclusive SteelBook, which is listed here for $36.99 but not active at the time of writing. The cover art is also a mystery at this point, but we also expect that to change in the coming days. Keep tabs on that link for updates.

Special features on the Godzilla vs Kong Blu-ray release include:

The Evolution of Kong, Eighth Wonder of the World

The Phenomenon of GŌJIRA, King of the Monsters

Round One: Battle at Sea

Round Two: One Will Fall

Titan Tag Team: The God and the King

The Rise of MechaGodzilla

Posted By nwcomicgames at 5:13 PM