Do you want to manage your orders and subscriptions at your local comic store without calling or making a physical trip? Now you can, with a new online pull service from the leading comic book distributor Diamond called Pullbox, launching June 7.

Originally announced three years ago, Diamond's Pullbox is an online service that will allow comic book fans to manage their pre-orders and subscriptions with their local comic book store - if your comic book store signs up for it that is.

According to Diamond, Pullbox's signature features will allow comic fans to track weekly purchases, pre-order products, cancel pre-orders, and sign-up for email alerts for order confirmation and items' delivery to their local store. At this time Pullbox service doesn't accept payments for orders made - customers must pay when they pick up the items from their comic shop.

Pullbox is a browser-based service, accessible on desktop and mobile devices. When asked about a possible mobile app version of Pullbox, Diamond's representative told Newsarama.com that it was "browser only at this time." 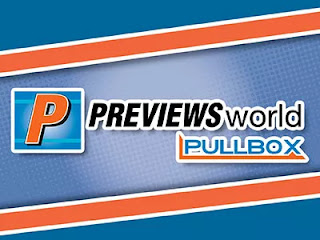 Pullbox has had a series of behind-the-scenes issues after it was announced in early 2018, but after several rounds of beta testing with 300+ stores and over 17,000 customers, Diamond is ready to launch the service for the general public.

"We took advantage of an extended beta test period to add more features and enhance the functionality of these tools," says Chris Powell, chief sales & service officer for Geppi Family Enterprises, the parent company of Diamond (and a former comic store retailer himself). "We have heard from many retailers already that Pullbox has increased their sales while providing added convenience for their customers. I am excited to be rolling it out to a much wider audience with this launch."

Pullbox works with comic stores' ordering system already in place with Diamond to manage sales of the products it distributes. According to Diamond, DC's comic books will also be integrated into Pullbox - despite another distributor, Lunar, handling DC's comics distribution in North America.

As for how much Pullbox will cost? The service is free to readers, and for retailers, it is free through the end of 2021 for all stores open at least 40 hours per week and that participate in Diamond's Comic Shop Locator Service.

Posted By nwcomicgames at 6:00 AM