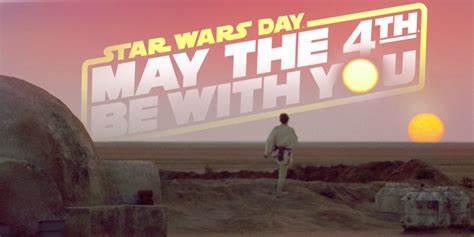 Star Wars Day is an informal commemorative day observed annually on May 4 to celebrate George Lucas's Star Wars media franchise. Observance of the day spread quickly through media and grassroots celebrations since the franchise began in 1977.

Even though the holiday was not created or declared by Lucasfilm, many Star Wars fans across the world have chosen to celebrate the holiday. It has since been embraced by Lucasfilm and parent company Disney as an annual celebration of Star Wars.

Posted By nwcomicgames at 6:31 AM