In addition to this impact on the X-Men, "Somnus' powers give him total control of people's dreams, but he was never able to follow his own," reads Marvel's description. 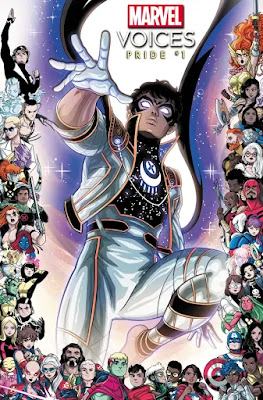 "Now, Somnus is given a second chance at life, and he's determined to make the most out of it on the thriving mutant nation of Krakoa! With a mesmerizing costume design by artist Luciano Vecchio and unique mutant gifts, it's time for Somnus to step up in a big way and become the hero he was always destined to be."

Somnus's backstory will be told by writer Steve Orlando and illustrated by Eisner-nominated artist Claudia Aguirre (Hotel Dare) in her Marvel debut.

"Somnus, Carl Valentino, is inspired not only by my own family history, but by my experiences with past generations of LGBTQ+ folks from across the country, people I wouldn't have met without comics," Orlando explains in Marvel's announcement.

"While there is still plenty of work to do, we've also come a long way as a community. Somnus is a chance to explore how my own late queer relatives may have felt, living in more prejudiced times."

Orlando says Somnus is also a chance to celebrate past generations as a whole and acknowledge the strides the LGBTQ+ community made that they may not have lived to see.

Posted By nwcomicgames at 6:00 AM