Monday's Headlines | Batman/Catwoma Is Taking The Summer Off 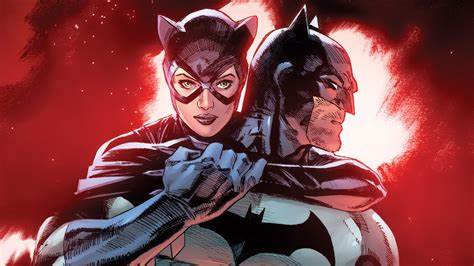 Tom King and Clay Mann's Batman / Catwoman romance comic is slowing down the romance!  DC's current Batman/Catwoman limited series by Tom King, Clay Mann, and Tomeu Morey is going on a surprise summer break, as the publisher has confirmed the next two issues have been postponed until the fall.
Following Batman/Catwoman #5 on June 1 (and that cliffhanger), readers were expecting the next issue any week now. But after already being postponed off its original May 18 release date due to delays with previous issues, Batman/Catwoman #6 has now been delayed for two months - with a new release date of August 17.
"As mysteries deepen, so do resentments. Throughout her life, Catwoman's actions have caused many close to her to doubt her motivations. Bruce Wayne, Phantasm, and now her daughter have all had their suspicions about her deals with The Joker," reads DC's description of Batman/Catwoman #6. "And when she killed the old clown, did it trigger this feline's ninth life? Or maybe it was really over all those years ago, the first time Phantasm drew her blood and Batman had to face a harsh truth. There are big revelations waiting to be found here at the halfway point in Tom King and Clay Mann's final word on the Bat/Cat romance!"
August 17 is when the following issue, Batman/Catwoman #7, was previously announced to go on-sale. So far DC hasn't changed the release date of that, but various sources expects that to be addressed in the coming weeks.
Originally scheduled to debut in January 2020, Batman/Catwoman is a continuation of King's 2016-2019 run on DC's main Batman title, with the titular Dark Knight and his on-again, off-again lover Catwoman splitting off into this co-headlining 12-issue limited series. The series was delayed 11 months before ultimately debuting in December 2020, with the publisher saying the reason was to ensure Mann was ahead enough on the artwork that all 12 issues could ship monthly without delay - with a built-in one-month break for a Batman/Catwoman Special by King and a guest artist to arrive at the halfway point to stave off any additional delays.
Posted By nwcomicgames at 6:18 AM