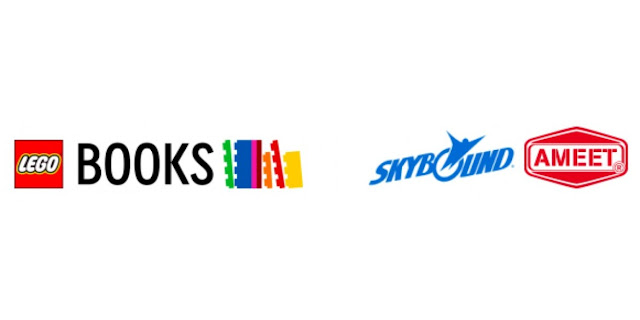 The press release follows:
Media Release — Well, multiplatform content company Skybound Entertainment and global children’s book publisher AMEET announced a new partnership to launch LEGO® branded comic books. The first comic book series out of the partnership will debut in 2022, published by Image Comics and Skybound.
The exclusive English-language licensed publishing partnership will bring LEGO properties into Skybound’s vast slate of notable comic book series, including THE WALKING DEAD, INVINCIBLE, and ULTRAMEGA.
“As a lifelong fan of LEGO toys and content, nothing brings me greater joy than partnering with AMEET on this iconic brand. Each title will be a portal to the endless worlds accessible in every LEGO play session, created to inspire the LEGO builders, readers, and thinkers of tomorrow,” said Sean Mackiewicz, Senior Vice President, Editor-in-Chief at Skybound Entertainment.
“Comic Books form a key component of the LEGO Books publishing strategy to bring LEGO stories to young readers everywhere,” said Eric Huang, Vice President and Publisher at AMEET. “Skybound is the perfect LEGO Books comics partner. They’re as passionate as we are about publishing books that encourage creativity and play.”
Skybound’s first venture into the LEGO Group’s vast library of intellectual property will be announced in the coming months. For updates follow Skybound on Twitter, Instagram, and Facebook.
Skybound Entertainment is a multiplatform content company that works closely with creators and their intellectual properties, extending their stories to further platforms including comics, television, film, tabletop and video games, books, digital content, events, and beyond. The company is the home of notable properties including The Walking Dead, Invincible, and Super Dinosaur. Skybound holds strategic partnerships across the entertainment industry, and has the in-house capabilities to serve as publisher, producer, and global distributor for tabletop and video games. On screen, Skybound holds a first-look television deal with Amazon Studios and a first-look movie deal with Universal. Additional partnerships include comic book publishing with Image Comics, book publishing with Simon & Schuster, and a first-look narrative audio deal with Audible.
The LEGO Group’s mission is to inspire and develop the builders of tomorrow through the power of play. The LEGO System in Play, with its foundation in LEGO bricks, allows children and fans to build and rebuild anything they can imagine. The LEGO Group was founded in Billund, Denmark in 1932 by Ole Kirk Kristiansen, its name derived from the two Danish words LEg GOdt, which mean “Play Well”. Today, the LEGO Group remains a family-owned company headquartered in Billund, Denmark. However, its products are now sold in more than 140 countries worldwide. www.LEGO.com
AMEET is a global publisher of children’s books. With an international sales and editorial team—and an in-house art studio and R&D department—AMEET works closely with publishing partners and booksellers around the world to create unique, high-quality books inspiring imaginative play in over 50 countries. Focused on fostering creativity through hands-on experiences with beloved brands, AMEET is committed to providing fun, educational, and innovative books for the next generation. www.AMEET.eu
Posted By nwcomicgames at 6:13 AM