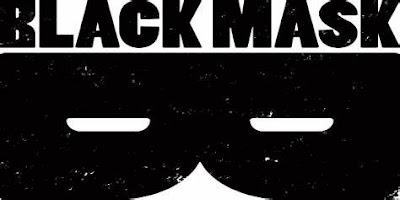 Media Release — The first issue of the twisted, dark fantasy saga GODKILLER: TOMORROW’S ASHES by writer Matteo Pizzolo and artist Anna Muckcracker has sold out on its first day of release despite a massive print run, and publisher Black Mask Studios is going back to press for a second printing ahead of the release of issue 2. 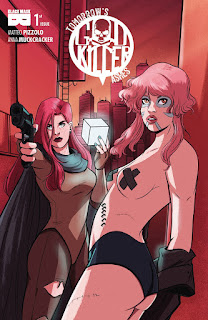 The second printing of GODKILLER: TOMORROW’S ASHES #1 will feature a new cover by Yasmin Flores Montanez and will be on sale on August 4.

GODKILLER: TOMORROW’S ASHES marks the return of the Godkiller saga created by Matteo Pizzolo and Anna Muckcracker as an underground comic in 2008, adapted into an animated film directed by Pizzolo and distributed by Warner Bros in 2011, then released to the direct market by Black Mask Studios starting in 2014.

This newest series provides a fresh jumping on point for new readers while continuing the saga for Godkiller’s devoted fans.

In GODKILLER: TOMORROW’S ASHES, orphan Tommy continues his quest to find a new heart for his dying sister, but he’s been captured by The Republic. Anti-heroine Halfpipe wants to rescue Tommy, but she’ll need help from mysterious bounty hunter Soledad, who’s not exactly in the helping-people business.

From Matteo Pizzolo (CALEXIT) and Anna Muckcracker, the comic that Zac Thompson said “pushed me further than I’ve ever been pushed” returns to ratchet up the chaos and roar through the comic market, spitting punk rock fury, thundering into your eyeballs and running roughshod across your brains with its often mindbending, sometimes horrifying, always clever & devious tale of sci-fi magic, apocalyptic sex, and subversive mindbombs.

Posted By nwcomicgames at 7:13 AM